I’ve already posted some shots on Instagram of Yesterday’s Sunset, and don’t think any of those are included here, but one can never be sure!
I had gone for a late swim and it was particularly clear, following the previous night’s storm, and so the lines were crisp, and the mountains were beautiful, and the sea was calm, so I couldn’t resist.
Chilled in my wet suit, I decided to sit beneath the mermaid, so I could dry somewhat, before the Sun went down. And then I looked up, and I thought … Click, click, click.  And that was it. I was shivering by the time I forced myself to stop, but it was worth it!
I was more curious about the camera’s ability to face the Sun, without losing its focus. The 6sPlus drives me crazy every time I’ve taken a shot of the Moon. It can’t focus on it. Every time it looks at the Moon, it goes Berserk!  And that just is not acceptable! So I need to start shopping for something more reliable.
The first shot was taken at 7:35 PM, and is of the Sun still high, but starting to go down. When I looked at it, I thought, “Wow, look at those rays!”
At 7:57,  I turned around and took a shot of the other side of the harbor, where I swim, and where it was still daylight there. You can see the Sun reflected in the foreground, on the Boulders.
The next 4 shots were recorded, starting at 8:03 PM through 8:06 PM. It was extremely difficult to pick out a few, out of the hundreds that I took, so I left that task to today. But I keep checking the times of the shots, as I was baffled by the differences in light. But I’m quoting the cameras clock here, not mine.
Nothing was altered. What you see is what the camera captured with each click.
So here they are …
7:35 PM 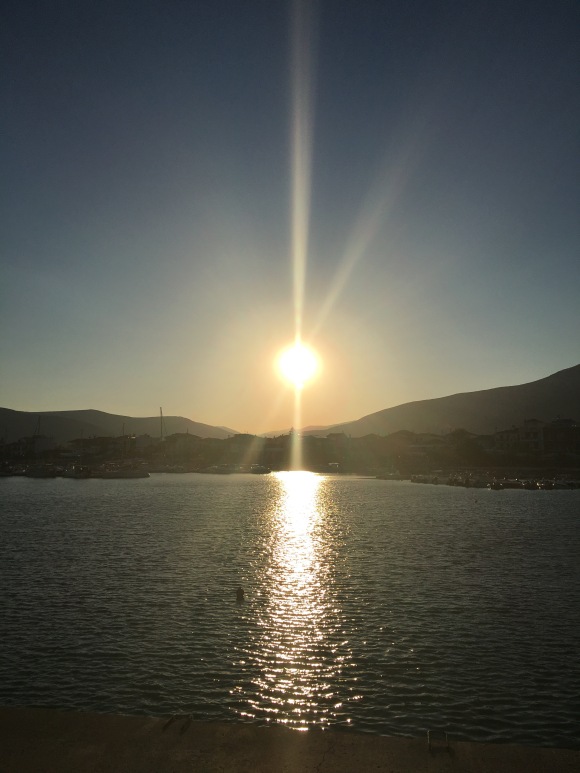 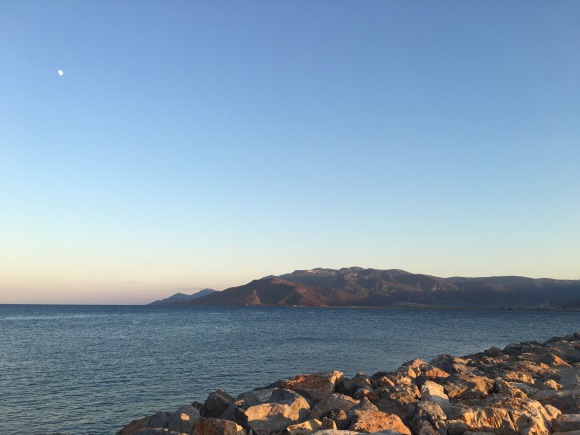 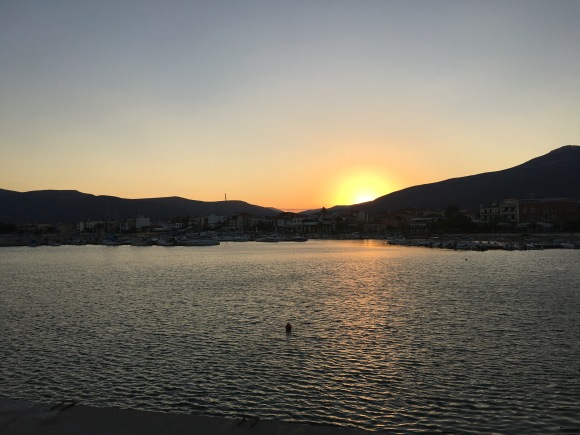 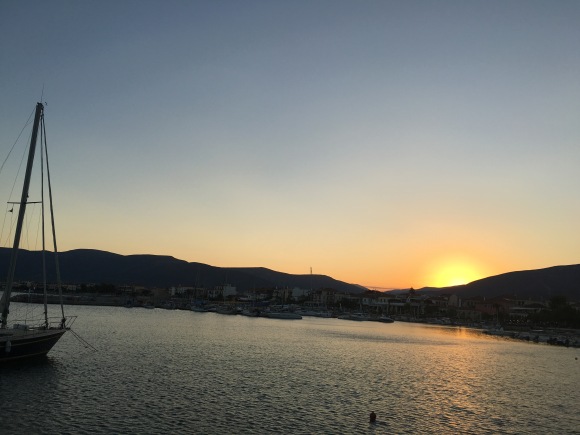 Oh. Here’s the mermaid!
Oh, well. I guess she swam away …

By Things That Never Made It Into Print